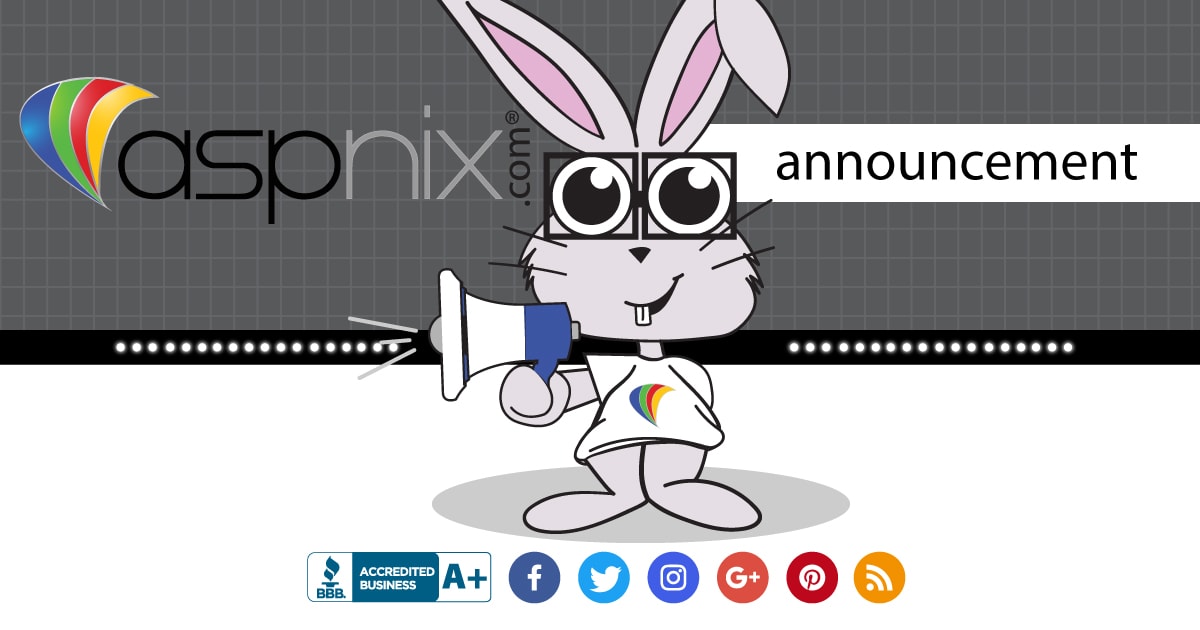 Previously our billing system reported bandwidth usage based on the current billing cycle start and ending date. While not technically incorrect, it gave different usage information than the control panel did resulting in confusion. The control panel’s shown usage is based on the current month start and ending date, so you would be getting 2 different usage values depending on what you looked at.

We hope this helps clear up some of the confusion and annoyances caused by these 2 systems being different.

Thank you for choosing ASPnix as your web hosting provider!