HTML5 is the latest revision to the markup language since the fourth version which was released in 1997. It was released October 2014. The improvements, fixes, and updates offer exciting new possibilities and it now addresses the needs of web applications. A few tags have been added to the original HTML 4 version and some have been removed as well.  But HTML5 is still backwards-compatible with HTML 4, allowing easy adaptation from the standard.

The central changes include: 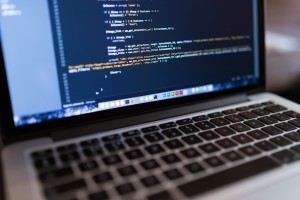 Media elements finally are supported for audio and video!

The canvas tag permits the programmer to build graphics in an interactive manner, allowing for possibilities such as creative interface elements or custom gaming.

Embedded font support allows you to include any font on a website and the viewers will be able to see that font without installing it on their own system.

New selectors let you choose every other element or specific sub-elements to describe the section of code you are wanting modified.

Columns are now supported by HTML. This is an easy improvement that lets you split an element into whatever number of columns you need.

Vector graphics support keeps you from having to resort to traditional graphics. These graphics can be created speedily through code, either through SVG or the “canvas” tag.

Geolocation can determine the user’s location via a variety of mechanisms.

New selectors give you far more freedom and flexibility. You can now select elements by tag name or through the same methods as in CSS.

One of the most exciting developments is the integration we are sure to see as other applications and technologies adapt to coordinate with HTML5.